What framework is better to choose in 2020 to create the best solution that you can provide to your clients?

WHAT IS A PWA?

Before we start, just a quick reminder, “What is a PWA?” 🤔

Google started popularizing this kind of app. So, everyone, from developers to SME’s, created a PWAs from their websites. Just memorize Starbucks, Twitter, Pinterest(subscribe 😃) or Uber.

If we turn to Wikipedia to find the answer to the question, “What is PWA?”, we will see that

A progressive web app (PWA) is a type of app delivered through the web and is built, using common web technologies.

In short, PWA is a web app that provides a native app experience, using a browser. To clarify some moments & memorize a bit about the basics of PWAs, just click here. 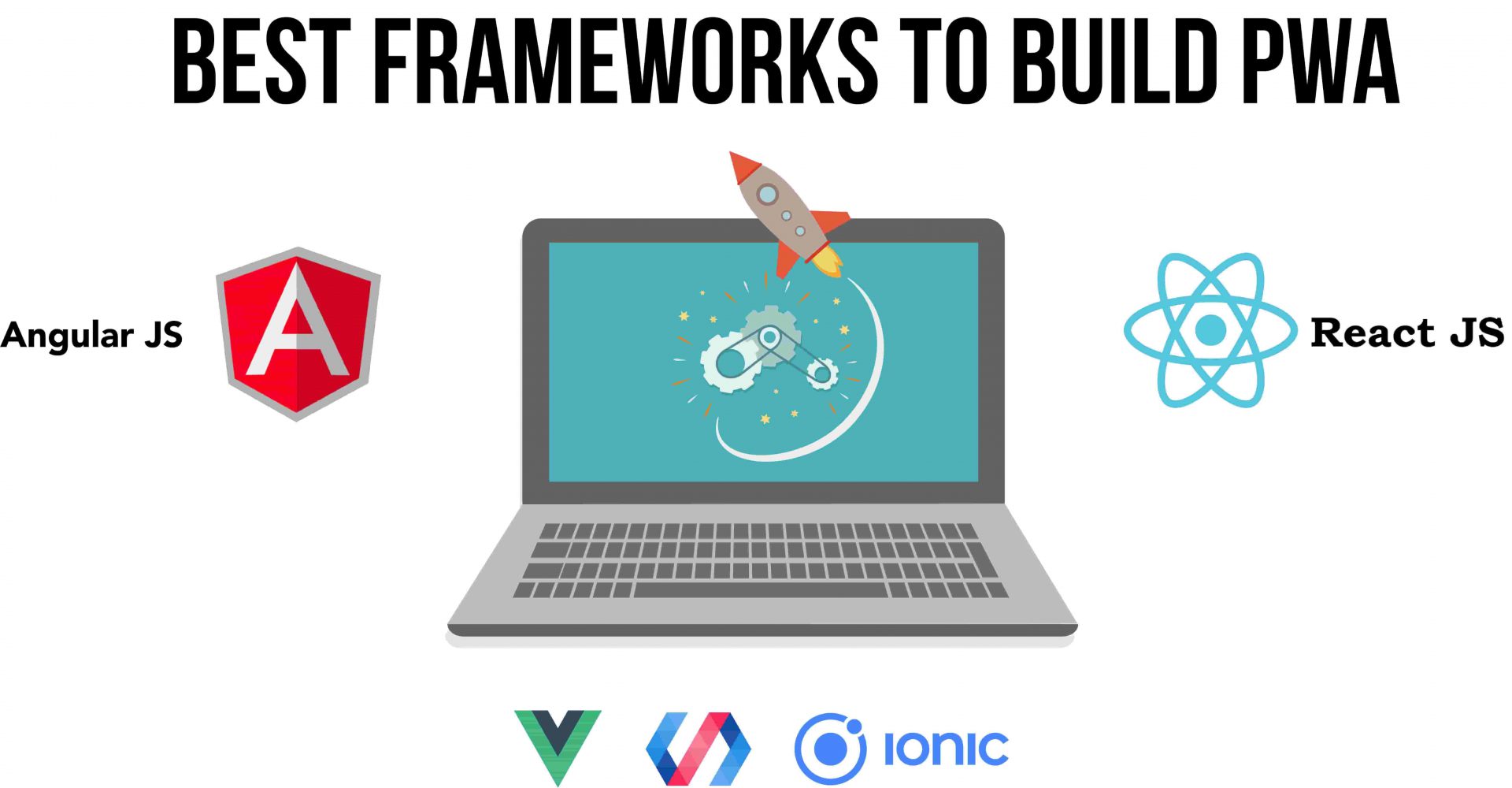 WHAT IS A FRAMEWORK?

The first step of the Progressive web app development (and not only this ☝ ) is to choose the right framework. But what the framework is and why is that so important to choose the best one?

To say simply, the framework is a supporting structure around which something can be built. So, it’s fundamental to choose the best framework for your own app. And it’s high time to share our expertise with you about the frameworks we appreciate and work with in 2020.

BEST PWA’S FRAMEWORKS 2020 WE PREFER MOST:

Angular JS is one of the most popular front-end web application platforms that is also used as a framework for PWA’s. The 5th version has made it simple to create a progressive web app. It takes a lot of developers’ time and expertise to support this kind of apps, before. The last version, Angular 8, has two additional CLI commands. This version helps to make web applications downloadable and installable, just as they were native mobile applications.

Angular JS has some key benefits:

Supported by Facebook, React is one of the most popular and preferred web app tools, because of its wide JavaScript library. It allows developers to share and reuse code.

This framework makes the usage of JSX link with HTML structures. React-powered progressive web apps are scalable with additional packages.

Another one type – React Native – is typically used to create native apps on Android or iOS. To know, what is a difference between native apps and PWAs just follow the link.

To say a word about writing components, React is not very complex, but also not as simple as pure HTML or JavaScript.

There are more top frameworks that can be mentioned, like:

So, it’s obvious, that the frameworks for building PWAs are really important as well as regular updates every couple of months that make the development process easier and rapid. Choosing a particular framework thus doesn’t make much difference to the app behavior. It’s up to the preferences and the expertise of a developer. But if you want to be sure that your app will be done at a high level, it’s high time to contact Omertex and start web app development together! 😊